Advanced modeling
XFlow predicts with good accuracy the effect of flight
manoeuvers like pitch capture or dutch roll, which is normally
unreliable with traditional CFD and requires lots of wind tunnel
and flight testing to resolve.

HVAC
The thermal solver can be applied to the simulation of the
heating, ventilation, and air conditioning system in an aircraft
cabin. Fans can be modeled either as rotating parts or using
surface boundary conditions. It is possible to analyze the
interior airflow, measure temperature at different locations, and
even calculate the passive scalar transport of substances. 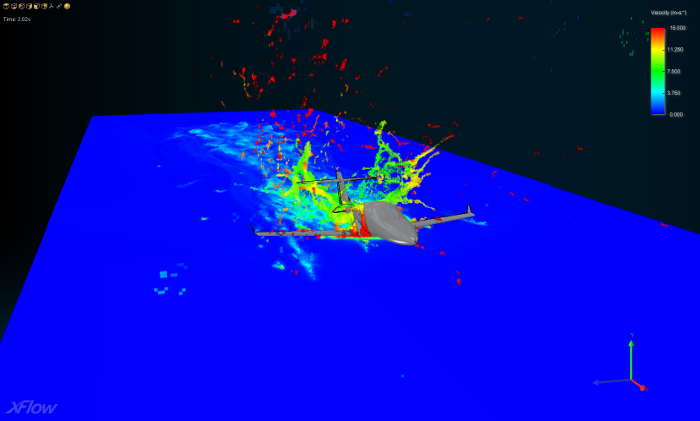 High lift configurations
It is possible to compute the polar of an aircraft from
the linear range to the stall region even for take-off
or landing configurations. Detailed full aircraft
geometries can be analyzed easily due to the flexible
discretization approach.